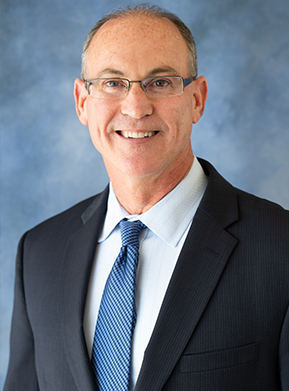 David M. Loev founded the firm in January 2003. Prior thereto, David served as a partner at Vanderkam & Sanders, a law firm specializing in corporate/securities matters. Previous positions include serving as Chief Financial Officer, Treasurer, Secretary and General Counsel of PinkMonkey.com, Inc., an Internet publisher of educational study aids; also working as an associate at Brewer Pritchard, P.C., a law firm specializing in corporate and securities.

David has represented a variety of public and private small to medium sized companies and has experience with public and private offerings of securities, SEC reporting, mergers and acquisitions, initial public offerings, up-listings to NYSE & NASDAQ, and federal securities law compliance.

●On December 15th, 2019 presented Steps and Requirements for a Company to “Go Public” and Uplist; Related Rules and Investment Company Act Issues to a client and it shareholders. View presentation here.

●David M. Loev spoke with Chris Hatten, of PKF Texas on topic of Due Diligence Activities in Merger and Acquisition Transactions at the 2018 AICPA Controllers and Global Manufacturing Conference in Las Vegas on November 14, 2018

●David M. Loev presented a presentation entitled Due Diligence Activities in Mergers and Acquisition Transactions to the Attorney-CPA Association on October 19th, 2018 in Houston, Texas. We are pleased to offer the presentation here.

●David M. Loev elected to Board of Directors for Houston Hebrew Free Loan Association in October 2014 through 2022.

●On January 11, 2007, David M. Loev spoke at the 2nd Annual PIPEs Summit at the Sonesta Hotel & Suites in Coconut Grove, Florida, regarding the SEC’s new approach to Rule 415(a)(1) Registration Statements.

●David co-authored “Changes to SEC Rules Regarding Shell Companies and the Use of Form S-8 Registration Statements,” which was published in the January/February 2006 edition of the Journal of Taxation and Regulation of Financial Institutions.

●David co-authored “New Over-The-Counter Bulletin Board Rules May Mean Three Strikes and You’re Out to Some Issuers,” published in the Spring 2006, Attorney-CPA Journal.

● David co-authored “What Constitutes a Security and Requirements Relating to the Offer and Sales of Securities and Exemptions” which was published in the January 2017, Attorney-CPA Journal and in April 2017 in the American Bar Association-Business Law Today.

● On May 19, 2017, David M. Loev spoke to the American Association of Attorney-Certified Public Accountants regarding “Regulations Relating to Small Security Transactions and Avoidance of Civil and Criminal Penalties Company.”